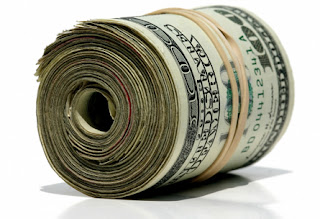 Where I live has been termed “Rockford ghetto” by a friend.  It’s not the poorest neighborhood in town, but it’s near the bottom.  Everybody around me needs money as bills and rent come due.  The jealousy and anger constantly build in people (and I am no exception) until they pop.  Recently, Rockford has been highlighted as one of the most dangerous cities to live in.  It’s not surprising really.  Every day, I am reminded of the reality that is C.R.E.A.M. (“Cash Rules Everything Around Me”).  Living in downtown Rockford has changed me.  I’m surprised to see how much.  I think living among “the least” in Rockford has made me hypersensitive to the extent to which “ethics” is little more than a lie.

Around the turn of the millennium, I discovered deconstructionist John D.  Caputo’s Against Ethics.  An ethical system is set in place to give us answers to difficult situations.  Against this, he pits “obligation.”  Contrary to ethics, obligation is not a grand power, force, or narrative.  When we encounter someone who is powerless, a sense of obligation lays claim to us, this new feeling drives us to action.  In the world of ethical ideas, there is right and wrong.  It’s clean, tidy.  But people aren’t clean and tidy.  They are sweaty, messy, messed up, one and all.  When we look upon another who is powerless (and everyone is powerless to some degree), there is a sense of connection, identification.  Flesh of my flesh, bone of my bone.  And deep down we can feel what it means to say, “I am my brother’s keeper.”

That was more than 10 years ago.  I was working as a student pastor in a medium church, then in a small church, then ordained in a large church.  I got it.  I could see the dynamic all around me.  I watched people appeal to ideas and ideals to argue for agendas.  I did so myself.  I preached the “story” of Jesus, a story in which light triumphs over the darkness, a story of hope, for in the end love wins.  From the pulpit and through conversations, I repeatedly said divine love was nothing short of an other-centered, justice-oriented, and self-giving love.  I got it.

Since then, I’ve entered into the world of the full-fledged tent maker.  I’ve moved to the “Rockford ghetto” where people have very little.  Pain is the name of the game.  Drugs and alcohol offer temporary escape.  People cling to what little they have.  It’s a world of defensiveness, jealousy anger, resentment despair.  Everybody knows that tomorrow is coming, and it won’t be any better than today.  Same song, different verse.

I didn’t get it.  I thought I did, but working in the church insulated me.  I saw people after they had showered away the grit.  The atmosphere had a professional, business-like tone ringing through it.  Be proper.  Be nice.  Don’t offend.  It was a sterile environment.  Ethics works well in a sterile environment.  Ethics helps to sterilize issues.  But I don’t live there anymore.  Fuck ethics.

No, I didn’t get it (or at least I didn’t get it as much as I do now).  I see more so the extent to which ethical systems are really about power.  Ethics is the story that the powerful tell to keep the powerless in their places.  Stealing is bad (unless maybe if it is an emergency).  Therefore, people who steal are bad, and you should avoid them.  Really?  Is stealing really all that bad?  When people have little to nothing and others have more than enough, is it wrong for the poor to steal from the rich?  If so, what about banks who allow people to get home loans for more than they can afford, only to take their money for a while, then take the house when they can no longer pay?  Isn’t that a form of “stealing”?  Oh, no, that’s not stealing; that’s business.  If the powerful work within the system that is set up to support them and take from the poor, it’s business.  That’s how ethics works.

My childhood hero, Robin Hood, taught me well.  Still, I think I have recently come to know him more than I ever have.  Stealing from the rich and giving to the poor isn’t really about the money.  It’s about turning one’s back on the powerful and embracing an obligation to human, all too human, brothers and sisters, come what may.

C.R.E.A.M.  Yes, it’s all about the money.  Cash rules because of what it does.  It doesn’t just feed, clothe, and house people.  It liberates them.  It liberates them to not have to be afraid of losing that which they have.  it liberates them from not having to worry about whether they can pay their bills.  It liberates them to do things they want to do in life.  In short, it delivers them from fear and despair, and opens the door to a more fulfilling life.  People who have money can go do things, experience things that those who don’t are not allowed to.  They can support families and other relationships.  Recently, I’ve come to realized the extent to which money is more than a symbol of freedom.  It actively frees; it gives life.

That’s why ethics is so important to the powerful.  Ethics protects them from a level playing field that would empower others, thus disempowering them.  Stealing is bad.  It’s an ethical statement.  It’s for everybody.  After all, would the poor want to be stolen from?  Of course not.  That shows that the ethic is fair and impartial, as much for the poor as it is for the rich.  So the plea on the part of power to be ethical  is also an attempt to sell the blue pill to the powerless.  Yes, the blue pill is part of the purpose of ethics.

I have changed.  I still preach (in my own way) an other-centered, justice-oriented, self-giving divine love.  It’s what I feel.  I have an obligation to those around me.  They are sweaty smelly, sticky, dirty, and violent.  I don’t love them in spite of this.  I love them because of it.  Flesh of my flesh, bone of my bone.  They are my brothers and sisters.  I won’t buy the little blue pill of ethics.  Now, I can never go back.

Living among the least is overwhelming.  I can’t keep up with it all, and sometimes I just shut down.  Still, I have hope, and I find it in the strangest places.  While recently playing pool with a guy who carries significant burdens, he cleaned the table.  Something actually went right.  He lit up.  It was as if heaven had touched him and he was free, even if it was but for a moment.  Times like that rekindle something in me.  They open my eyes to possibility.  A lot of his pain can be traced back to cash flow issues.  Yes, cash rules everything around me.  But who knows, maybe someday compassion can take it’s place.  I want to be right in the middle of things if it does.