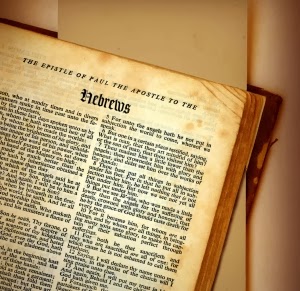 Years back, I worked as an administrative assistant for a rescue mission. People who used the services came from a variety of backgrounds, but they had all converged in a world where trust was not something easily offered. Near the end of my term there, I had regular contact with a young lad, named Cephas, who had run into some legal issues. He couldn’t drive, so I offered to take him to his court date. I waited for some time in the back bench for the judge to finish with him. Then, I dropped him off at a house. Before he exited the car, he asked, “Why are you doing this? Helping me out, I mean. Why are you being so nice to me?” Taken back a bit, I didn’t know what to say. I didn’t see it as an odd thing at all. In fact, helping out in that minor way seemed natural. I finally answered with something like, “It’s just a part of who I am.” I admit that for a moment, I thought I should have some sort of religious response. After all, I was a seminary student. Years later, in retrospect, I now realize that I did.

Too often, “sharing one’s faith” is confused with telling people about the blood-sacrifice of Jesus. I now understand faith differently. To quote the King James Version of Hebrews, “Faith is the substance of things hoped for, the evidence of things now seen.” (Heb 10.1) To put it another way, “faith” is the bond that ties me to a vision of the future that has enthralled me, and visions drive behavior inasmuch as they are truly claimed by me. When my vision for the future is reflected in my current behavior–thus realizing my hopes, dreams, and aspirations…at least in part–my spirituality has manifested itself in who I have become and what I am doing. It’s one thing to say “I believe.” To say, “I am becoming” is another thing entirely. “Show me your faith apart from your works,” says James (2.18b), “and I by my works will show you my faith.” A friend of mine once described james theology as saying “stick out your faith and say ‘ahh’.” Faith is incarnational.

What religious and spiritual people actually do should never be seen as having little importance. Why do fundamentalists protest at the funerals of gays and lesbians? Why do soldiers kill in holy war? Why do people give of their time to soup kitchens? Why do families go to church? Why do millionairs give a portion of their income to charity? They do such things because this is (at least in part) who they are; this is how they share their faith.

Whether one actively decides to share one’s faith is irrelevant. As an incarnational happenstance, faith cannot help but to be shared. it manifests in whatever we do. through the way we relate to others, our faith is realized. So the question we need to ask ourselves is, “Are we manifesting the faith we think we are?” And along with that, “Is it really worth the time and energy to enter more deeply into our vision for the future, so that we can help give birth to a new reality?”

1 thought on “Sharing My Faith”