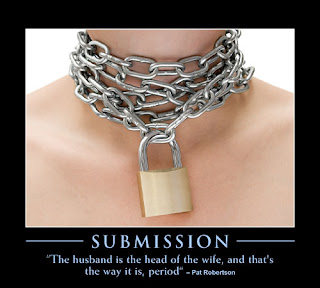 A couple of months ago at our presbytery meeting, a group presented information during our leaning time about “domestic violence.” The name was a bit misleading since it really wasn’t about domestic violence, but about the wider topic of abuse. Nonetheless, it was a really good presentation. Unfortunately, we really didn’t have much time to process or discuss the information, but that’s not really their fault. They just didn’t have enough time slated for such a thing.
Afterward, I started thinking. We talked about not only physical, but also emotional abuse. And we talked about it happening not only at home, but also at work. Still, there seemed to be something missing. Later, I realized how odd it was for a religious community to be tackling more “secular abuse” issues (meaning not church-specific) while completely ignoring a more relevant issue for the church: religious or spiritual abuse.
When I talk about religious or spiritual abuse, I mean forms of religion that use the threat of divine force or power to establish control over others. This can come in the form of dogmatic theology in which the threat of hell is used to make people stay in the pews and to keep them from developing into an adult spirituality. This can also come in the form of politics in which certain behaviors are forced on community members (religious or secular) against their will and their conscience, when their alternative preferences do not harm others.
It is primarily the cry to end abusive religion’s threat to the wellbeing of the world that fuels the popularity of the “new atheists.” I dare say their criticisms are spot on. Especially the point they make regarding the moderate religious leaders. According to them, the real danger to our wellbeing comes only secondarily from the abusive types. The real offenders are the religious moderates who protect abusive religion as having a valid religious perspective. In essence, they say, “I don’t agree with them and think they are wrong, but their perspective should be valued out of respect.” I recognize the importance of defending the rights of others to their voices, to their perspectives. But there is a difference between someone being “wrong” and being “abusive.” If we were to stand against religious and spiritual abuse as an ecclesial community, it would certainly lend to our authority when speaking out against the other kinds of abuses that happen in the world around us. Indeed, without doing so, it really turns us into little more than a great big joke as abusers decry abusers.
And don’t get me wrong, there is plenty of speaking out against religious abuse within church structures. Taking stands against abuse is what church members are doing when they promote justice issues, such as women’s rights and GLBT rights in religious structures.
Realistically, even though I would have liked our presbytery to speak to the issue of religious and spiritual abuse, I know better. We have a rather conservative presbytery, and such a topic would inevitably call out a majority of those in the room, especially if we included the issue of moderates protecting abusive ecclesial relationships. Such a feat isn’t going to happen any time soon.
Perhaps this rant has gone on long enough. I know things aren’t going to change overnight. And perhaps the reality of the picture is not as bleak as I perceive it. I guess what really bothers me is that the church seems so far behind society on justice issues. I mean, really? How is it that those who claim to have tasted the spirit of Jesus and found it to be liberating and good can be so far behind the curve? Is it any wonder that our truth claims seem like make-believe to outsiders?