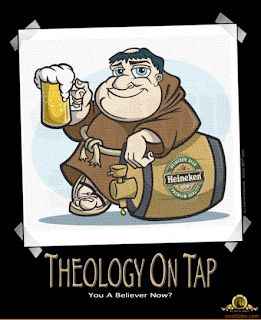 I’ve started reading The Existential Jesus by John Caroll. In the introduction he said something that caught my ear. I don’t know if I’ve never heard this phrase before, or if this is the first time that it has distinctly struck me in this way. He claims that we have entered a “post-chuch era.” I like that phrase. It says a lot more than the other “posts” that I’ve come across, though I admit my personal affection for “postmodern.”
For years I have been saying that the sun is setting on the day of the paid pastor. “Post-church” evokes what may be the key element in re-visioning Christianity. As church membership withers, income diminishes. As income diminishes financial stresses increase, especially as buildings grow older and need more care. In order to pay off the seminary bills (which I believe will typically run around $200/month), pastors need a certain level of income. Eventually, there will not be enough in the bank to pay the pastor, then not enough to pay the bills.
Caroll, with his phrase “post-church” has made me rethink my tune. Rather than saying the sun is setting on the day of the paid pastor, what would it sound like if I were to say the sun is setting on the day of institutionalized Christian community? I don’t mean “no pastor and no building.” I mean “no established community of faith.”
Back in the day (let’s say pre-1950, before increasing enrollment in higher education and the information age, and before the Information Era), the church served as the primary place to learn about the faith. Pastors were teachers who told you what Christianity meant. If you wanted to learn about Jesus, the church, and the Christian tradition, the place to go was to the church down the road.
This is no longer true. Thanks to Barnes and Noble, Borders, and Amazon, anyone can find such information at their fingertips. And, thanks to various online resources, anyone can find out about nearly anything they want when it comes to religion from conversation with religious adherents. Very simply, the desire to learn about Christianity has been more efficiently met by other sources than by the church. That makes the church largely irrelevant, or at least of secondary importance, when it comes to such personal growth. Couple that with the suspicion that people may need “less” community, not “more” in postmodern culture, and it’s easy to come to the conclusion (perhaps like many of the “church alumni”) that Christian community is overrated, and perhaps even a waste of time (and not in the positive, make-believe sense that liturgists like to equate with worship).
Oh, no! But what happens to the seminary propaganda that says “Christianity is a communal religion”? Out the window. Instead of an ideology of institutional support, maybe “Christianity” should becomes the act of walk the path cut by Jesus in a messy, case-by-case basis through life.
So what might this new vision of Christianity look like? As I explore this, what I see is a network of people lightly connected through technology. On the internet, we have Facebook, blogs, and forums. These are places for people to encounter one another and discuss things relevant to their agendas, rather than the agenda of the one in a pulpit. Leadership can still pump out their materials through podcast, vodcasts, or streaming video. And it’s not to say that groups couldn’t form around social activities, such as the occasional (dis)organized worship, charity events, or even lunch. The main point is that this is a Christianity without membership.
Carroll identifies the Jesus in Mark as the existential Jesus “Because the normal identifying markers of the self have been stripped away from him–family, friends, a past, an occupation, and even an anticipated life-path.” (p. 2) This is a troubling time for the church. Still, maybe having our form and identity stripped from us, leaving us bare before the world is not such a bad thing. After all, is not “resurrection” the language we use to say that it is the power of the Divine to transform the darkest of nights into the brightest of days…even if it happens in ways unforseen?
I find the idea of a post-church Christianity appealing. So, my thanks go out to John Caroll for helping me to tweak my question. Now that I’ve gotten this out of my system, I can move on to Part One of his book.
Image Source here. That’s a cool site. Check them out.