The God That Neither Exists Nor Does Not Exist, But is Real 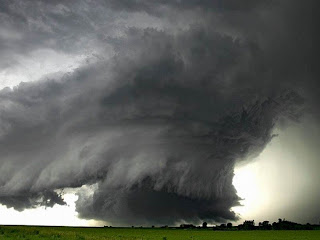 I discovered fellow Presbyterian minister John Shuck on the web a while back. The part of his blog that drew me in was his “Meaning of Life” series (bottom right of home page) in which he quotes authors (including theologians) in order to present their alternative visions of what we are called to become.

Today I came across his post, “Sexed Up Atheism”. Basically he takes Richard Dawkins’ description of pantheism and runs with it. The conversation that follows discusses the merits and differences of pantheism and panentheism.

What I like about posts like this is that they make me think. We need more of those.

What I like about posts like this is that they make me want to write a reply that identifies where I am (at the moment anyway). I need more of that.

What I don’t like about posts like this is that, as I process my theoretically coherent reply, I discover how I am not of one mind regarding an issue. But, this is perhaps why I’m not fond of “systematic” theology. I figure the more theology can be systematized, or packed into a nice neat box, the more inaccurate it is doomed to become.

I don’t consider myself to be a theist, panentheist, or pantheist. The thing that they all hold in common is what I want to avoid: a statement that “God exists.” Saying that “God exists” binds God to a category of being. As a result, all those theologies share a Story of Becoming, one that features the protagonist Being vs the antagonist Non-being (very Augustinian, I believe). The fact that they share the same story is important. Stories are the framework of meaning. Those things that are aligned with their end (the purpose) are deemed meaningful (or good), and those not are meaningless (or bad).

The crucifixion dismantles this Story of Becoming. Jesus does not overthrow Rome. Jesus does not liberate Israel and reestablish a Jewish nation. According to messianic expectations (a Story of Jewish Becoming), he did not fulfill the purpose of bringing a new Israel into being. Instead of fulfilling this Story, he embraced its opposite: he willfully entered into a state of non-being and left Israel in that state as well. Thus, according to the messianic Story of Becoming, he died in a way that was not aligned with its intended end, which means he died a meaningless death. This is why I argue that Jesus’ self-emptying (traditionally called “kenosis”) reveals that non-being is as divine as being. Or, to put it another way, the becoming of the Divine is realized with, in, and through non-being.

In and through Christ, we are freed from the shackles of meaning that the Story of Becoming would impose upon us. Once freed, all things become meaningless. The goal of life (if indeed it can be considered a goal, or even life) is to freely eat, drink, and be merry (in case we have forgotten the book of Ecclesiastes). (By the way, this actually leads us toward the call to justice, but I want to bypass this and skip down to my point before I forget where I was going.)

So, what happens to God in this “meaningless theology” (which is what I think I’m going to call this)? I don’t want to say that God both exists and does not exist (or is to be equated with both Being and Non-being), for that would maintain the divine tie to categories of being that I want to avoid. Instead, I want to say that God neither exists nor does not exist, but is Real. (And when I say Real, I think I differ from John Hick’s assertion that God is the Real in that he emphasizes God’s existence.)

God does not have to exist to be Real. There are many ways in which non-existent perceptual realities affect the world in a very real way. Yet, to say that is still not to say that God does not exist.

So, my affirmation that God neither exists nor does not exist moves me beyond theism, panentheism, and pantheism, and my personal theology becomes meaningless in a very real way.

Once I’ve said my God is Real, I have to ask myself what my vision of my God is. So far, the best formula I have come up with is to say that God is…

And this is why I say I’m of (at least) two minds regarding the issue. I have just spent a lot of time pointing out that God should not be reduced to the categories of Being inherent in theism, panentheism, or pantheism. Then, I articulated my new vision of a God that neither exists nor does not exist, but is Real. Then, I articulate this Divine Reality with a trinitarian panentheist formula that contradicts everything I just said.

So, in the end, I guess all of this has turned out to be quite meaningless…which in my mind is really a good thing (assuming it can be considered a “thing” at all).

4 thoughts on “The God That Neither Exists Nor Does Not Exist, But is Real”