Walter Wink is Coming to Town 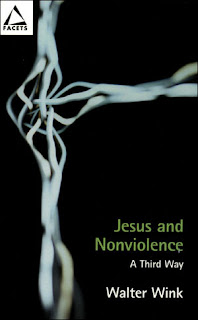 Now this is something I can get excited about. I know that Second Congregational Church (Rockford, IL) has has J.S. Spong speak a couple years before I arrived to town, but they haven’t done anything like this since.

The following is from the presbytery newsletter:

Walter Wink is one of the leading theologians and authors on nonviolence of our time. He developed the scholarship and concepts on “The Myth of Redemptive Violence” and “Jesus’ Third Way of Nonviolence” and has written a number of highly respected books, including The Powers that Be, Engaging the Powers and more. He was involved in devel­oping the nonviolent responses to South Africa’s apartheid regime. He is Professor Emeritus of Biblical Interpretation at Auburn Theological Seminary in New York City. Previously, he was a parish minister and taught at Union Theological Seminary in New York City.

He will speak at 7 p.m., Friday, February 13 at Second Congregational Church, 318 N. Church Street in Rockford. The program is cosponsored by Emmanuel Episcopal Church, First Presbyterian Church-Rockford, 2nd Congregational Church, Rockford Peace & Justice, The Lutherans in the North Conference, Lutheran Church of the Good Shepherd, the Presby­tery of Blackhawk through its Mission Strategies and Resources Board, and Rockford Urban Ministries. The program is free and open to the public. For more information call Rockford Urban Ministries 815-964-7111.

I hope it’s not too late notice for people to go. I can think of several who would like to be there.